”A brilliant representative of
the great Russian Classical
piano tradition” 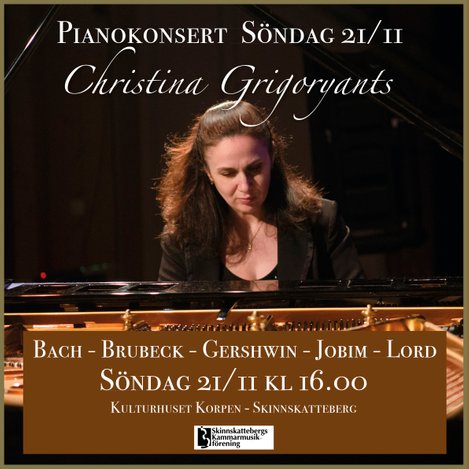 ”Wonderful Pianist...She Has It All. Technique, Musicality, Power, Phrasing......Absolutely Marvellous.” 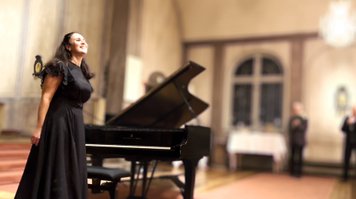 The music of Sergei Rachmaninoff 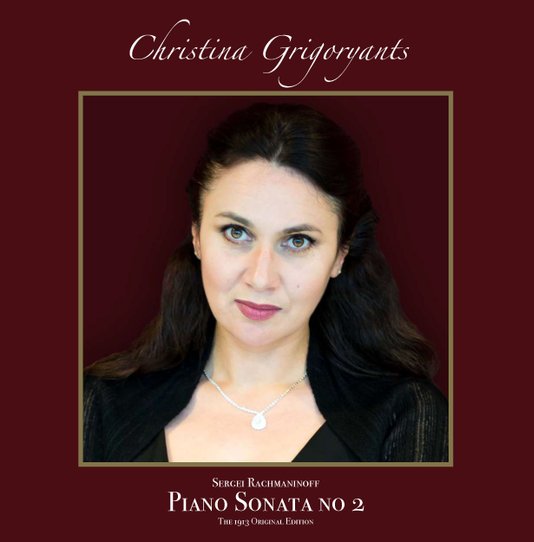 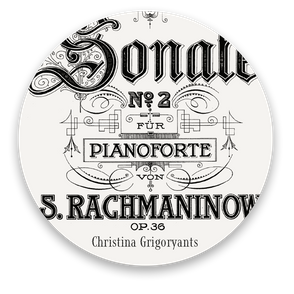 After hours
Blue Shadows In  the Street (Brubeck) 5:58
Lullaby Of Birdland (Shearing/Weiss) 3:45

Christina Grigoryants was born into a family of musicians in the town of Pyatigorsk, Russia. Her mother, Klara Bogdanova, is a school music teacher and her father, Edward Grigoryants, was a Soviet composer and a professor of music.

At music school Christina was a student of locally renown teachers Nathalie Sudilkovskaya and Nonna Melnikova.

From the early age, she participated and won in various Russian and international piano competitions.

In 1994 Christina was accepted into the prestigious Gnessin Russian Academy of Music under the tuition of such professors as Boris Berlin, Tatiana Pospelova, Larissa Starodubvrovskaya and Alexey Skavrosnky.

Since childhood Christina has also developed a passion for jazz and has been involved in experimental modern music projects as a soloists and improviser.  The combination of the Russian piano academia with the freedom and spontaneity of jazz, folk and blues, is rather unique.

From 1994 until 2019, Christina has also worked as a music teacher, but is now focusing solely on her work as a performing musician, with permanent residence in both Russia and Sweden.

Blue Shadows In The Street